A couple of Time-Saving Kitchen Tips from my Father 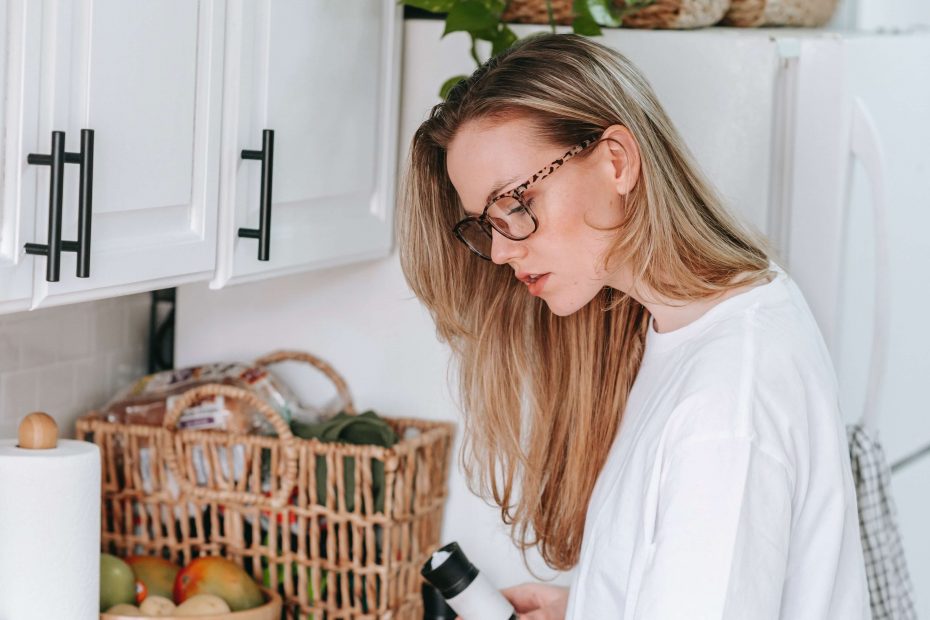 Some of you asked me for some tips about how to reduce time spent in the kitchen.
Let me start off with a few ideas from my dad.

I’ll be offering a few more over in the Wellness Club.

After the revolution in Hungary in 1956, our family fled to Germany.
And to get by, my parents went on to become professional cooks for the next few years.
This was without previously ever having set foot in a commercial kitchen.  😲 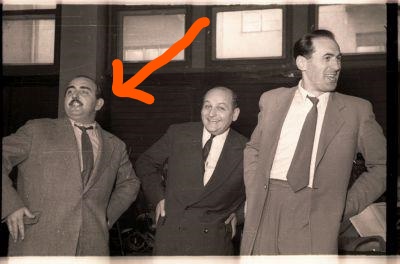 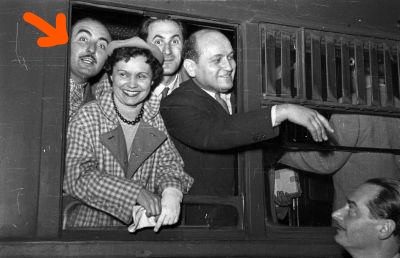 Dad said, “How hard can this be…?” and off they went to cook in Hungarian restaurants. They were excellent home taught cooks making some very yummy foods.

As a little girl (before they had health and safety rules of kids being banned in restaurant kitchens), I sat there admiring how quickly he cooked.
Other than for the fancy cakes, pastries, and bread he used to make, he just glanced at a recipe once to get the gist of it.
And after that he didn’t look at the cookbook again whilst making that meal. 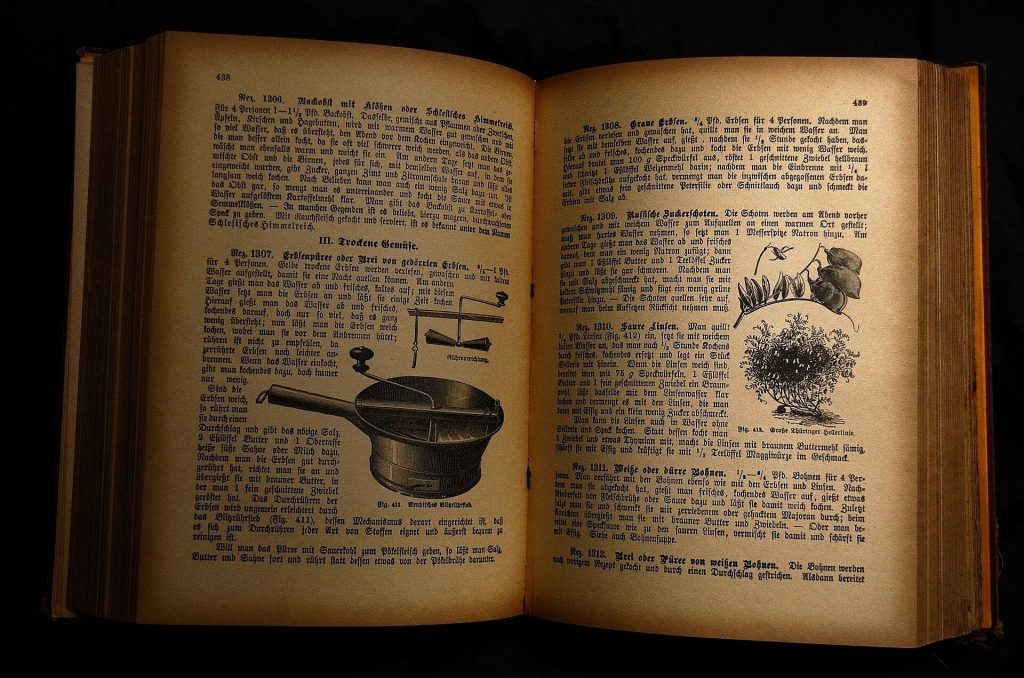 I said: ‘But you’re not following the recipe like mum always does!’
He winked at me and said: ‘No need. We go by our taste buds instead. It’s much faster than constantly reading and measuring’

He had one main measuring device: hands. 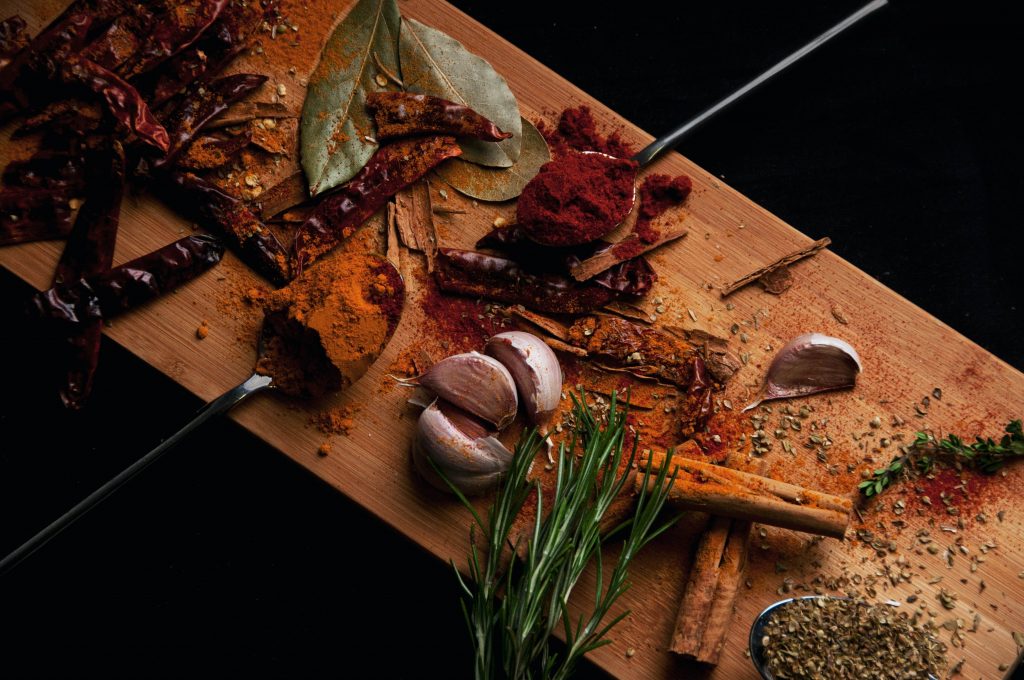 Herbs and spices were sprinkled into his palm and then into the pot. No little spoons were used to carefully portion out the paprika, basil or pepper etc.
Depending on how big the pot was, he used either a little amount or a big amount.

His tip:
‘Start off with small amounts. You can always add some extra later. But you can’t remove any if you put in too much.’

Water for pasta or rice? Use a big pot, fill it with water, no need to measure it. Add the grains or pasta.
When they were done, he drained the pot and that was it.

Before cooking, he always rinsed his grains really well. He said it removes some starch and makes grains fluffier.

Vegetables? When first looking at the recipe, he added up the total amount of vegetables his head [say…about 2 cups of veg], and off he went chopping and slicing.
He usually used the correct types of vegetables but sometimes changed the herbs and spices whilst muttering: whoever wrote this recipe hasn’t got taste buds……. 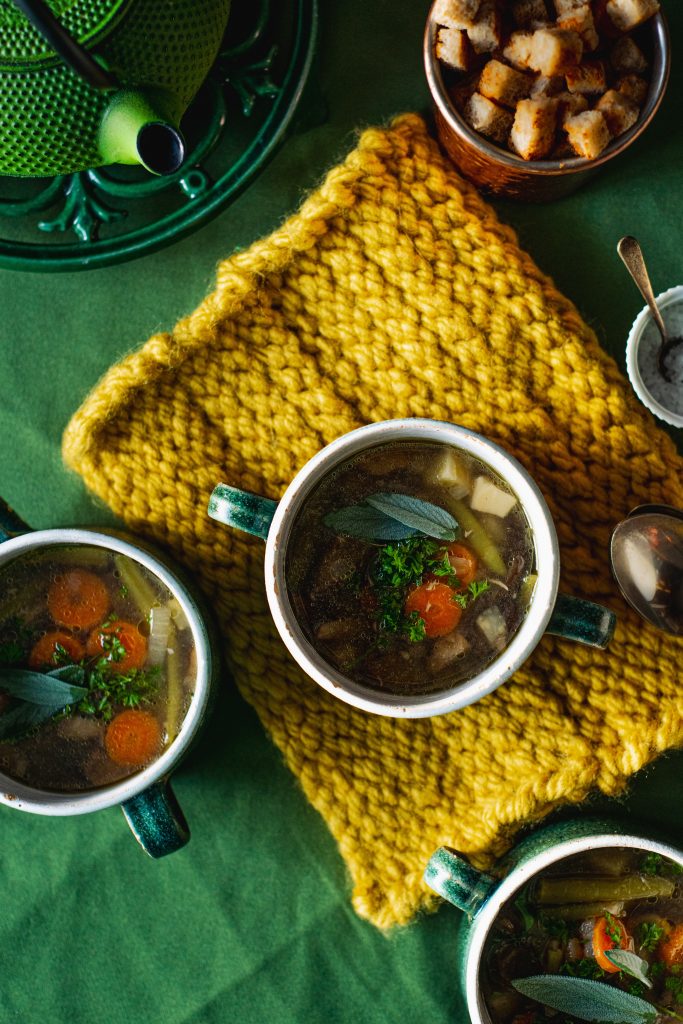 Stews and soups?
He only used a rough ratio of the liquid to the vegetables and added or removed some as he went on.
None of that careful measuring of cupsful of liquid.

Whilst things were cooking on the stove, he used to pre-cut onions and veg for the next two days and place them into lidded containers.
There was always a small bucket on the bench to store all the offcuts from the veg and those were used for making vegetable stock. I also have one of those small buckets on my bench.
Nothing much gets wasted this way. Looking at the little bucket on my kitchen bench I’m often reminded of him.  🙂

When he had to line a baking dish, he took some brown baking paper and crumpled it up into a very little ball, and said: ‘See? When I unfold it I can quickly and easily mould it into the baking dish. No more wasting time trying to fit and fold it neatly into a dish.’

So now my dad has given you a few tips on how to save a bit of time in the kitchen.
He passed away in 1983. I still miss him every day.