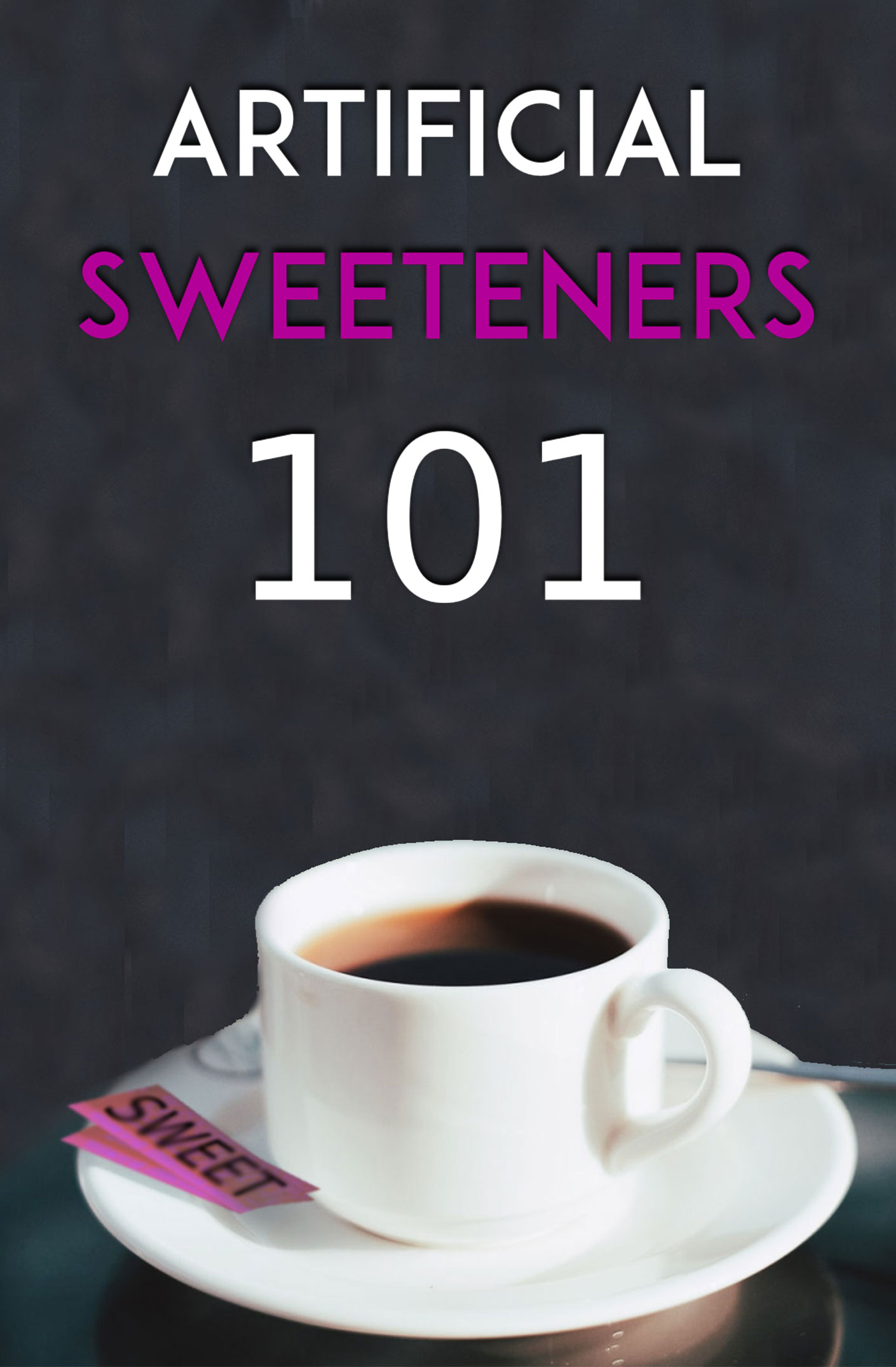 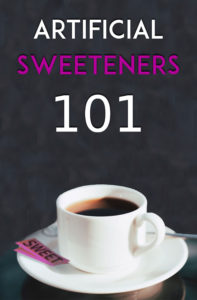 Have you noticed? There are sooo many sugar replacements available that it makes my head spin.
Some are artificial sweeteners, others ‘not so artificial’.

The approved artificial ones for use in the UK include:
Acesulfame K
Aspartame
Saccharin
Sorbitol
Sucralose

There are many others which we might not see over here because not all of them are approved in each country.

Some come with names like serious medications such as Neotame [13,000x sweeter than sugar] and Advantame [20,000 times sweeter than sugar.]
Most likely they are used by manufacturers because how on earth would one weigh out a small amount for a cup of tea? One would need precision kitchen scales that can weigh nanoparticles!

A dietician in charge of this NHS article wrote:

It’s been suggested that the use of artificial sweeteners may have a stimulating effect on appetite and, therefore, may play a role in weight gain and obesity.
But on the good news side was that both Cancer Research UK and the US National Cancer Institute have said sweeteners do not cause cancer.
“Large studies looking at people have now provided strong evidence that artificial sweeteners are safe for humans,” states Cancer Research UK.
However, cancer surely isn’t the only thing we fear.

Dr Greger from Nutritionfacts.org unearthed this following info on the artificial sweetener called aspartame:
After only eight days on the higher-aspartame dose, participants exhibited more depression and irritability and performed worse on certain brain function tests.
Eeech…I’d not be too happy about that.

And the rest of them? They don’t fare much better either.

Here’s why:
“Non-caloric artificial sweeteners induce glucose intolerance by altering the microbes in the gut.”
So, therefore, I’ll pass on all of those. I don’t wish to damage my gut microbes.
But what about the fancy ones that are ‘not-so-chemical’? Like monk fruit, stevia, xylitol, erythritol?
The last two are sugar alcohols which are naturally occurring compounds made using enzymes and a fermentation process.

Let’s check them out.

MONK FRUIT
There’s not enough research yet on monk fruit.
But we do know it can cause unpleasant allergies. Though that could happen with many other foods as well. Nothing so unusual there.

The bit that concerned me was this: some research shows that just one hour after consuming it one can see exaggerated blood sugar spikes at the next meal.
So what’s the use of having a sugar replacement if my blood sugar goes up anyway? Yes, I know, fewer calories. But it’s not just calories that matter but how your body responds to it! And high blood sugar levels, we do not want.
Admittedly, this doesn’t appear to be the case for everyone.
Because most research has been done on animals and not humans, I’ll sit on the fence for that sweetener.

STEVIA
Health authorities deemed it ‘generally safe’ but advised we should not have more than 1.8 mg per pound of body weight (4 mg per kg) for both adults and children. That’s about two beverages a day with stevia. Because they had to put a ‘cap’ on it, I’m concerned about using it too often. If it was totally harmless, there wouldn’t be a need for a maximum daily amount, would there?

XYLITOL
Well, other than bloating and diarrhoea, nothing much happens to us. But it’s a deadly poison to dogs. So that stays on the supermarket shelf as well.

ERYTHRITOL
Less bloating, no diarrhoea and your dog is ok with it. In addition, it’s said that it has heart health benefits as it behaves like an antioxidant in our body.
Therefore if one has to use a ‘not-so-chemical’ sweetener, erythritol might be the go.

Anyone for agave syrup?
I do not recommend it. It is a high carb, high fructose syrup which can cause belly fat and fatty liver disease. Once upon a time, we thought it was good for us but now we cottoned onto the fact that it’s a high fructose syrup with a pretty name.

Coconut sugar?
It’s sugar.
There’s only a very tiny difference between table sugar and coconut sugar. Although they come from different sources, their chemical makeup is similar.

Date Sugar?
It’s one of Dr Greger’s favourite because it is a whole food [crushed oven-baked dates] with some fibre content. But really, there’s not that much in it. 2 teaspoons of this sugar has about 1 g fibre. Hardly worth it for the fibre. Tastes nice though.

So in the end, what do we use?
How about this: it depends on the actual recipe and meal.
Beverages: none.

We should not need to sweeten drinks. If you’re currently using a sweetener, perhaps you can slowly cut back. And in a few weeks, you won’t even like your beverage if it’s sweet. One can retrain one’s taste buds.

And in baking, we can use bananas..and maybe with a touch of erythritol.

The rest? Most of the time, no sweeteners are needed. It’s such an addictive substance.

And if you are hooked on that flavour, maybe when I run the next 7 Day Sugar Cleanse programme, you can join us!