7 Of The Best Vegan Protein Sources 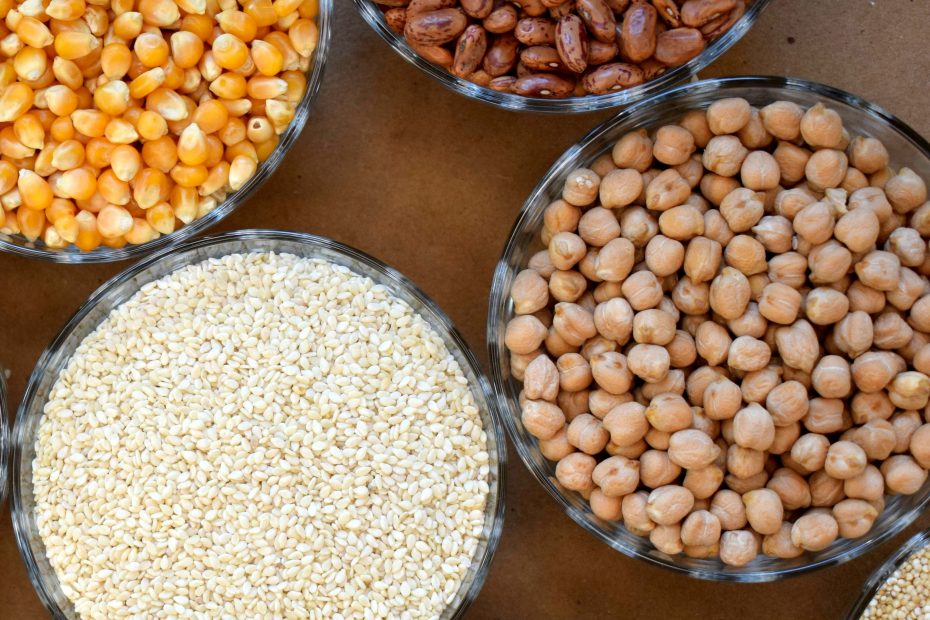 Isn’t it great when nutrition scientists agree on something?
Usually, they keep fighting about so many topics. But when it comes to whole food plant-based eating, they generally agree that they can be superior over other diets. Woohoo!
(By diet I mean ‘a way of eating’)

Yet when it comes to protein needs for humans, that’s when they start fighting again and throw rotten tomatoes at each other. Figuratively, not literally. Although I bet some may want to.

Over the decades, various recommendations were put forward based on using complete proteins from animal sources. And we, as vegans, use the same ones.
However, we know that due to antinutrients and fibre not all of the plant protein gets absorbed. Generally, the bioavailability is slightly lower than that of animal protein

If the trend of plant-based eating increases, I’m sure we’ll see more money being spent on research to find out if that issue actually matters.

Until then, we just go with the flow and use the standard recommendations. 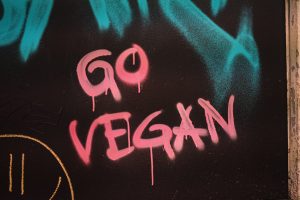 But what are they?

After many changes over the decades, the most common recommendation for protein intake preventing a deficiency is 0.83g per kilo of healthy [goal] weight.
Except for some countries (including the UK) that did not update their figures since the ‘70s and left theirs at a much lower level.

And now there’s a noise that this last figure is also not right for everyone.
Nutrition scientists feel that protein requirements should be linked to the individual’s needs depending on their age, sex, and activity levels. 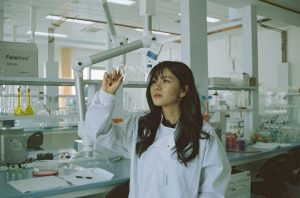 Why is there this lag for a concrete decision?
I suppose everyone’s been a bit busy during the past 2 years and didn’t have time to think about proteins. I understand their dilemma.
Especially because I fear that there’s indeed not a specific amount that will suit everyone.

Where does this leave us, as whole food plant-based eaters?

Using a balanced whole food plant-based diet we can certainly reach the current recommended protein and amino acid intake to prevent a deficiency. 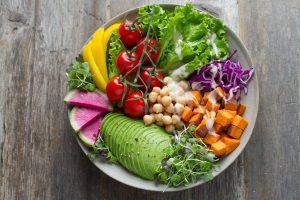 Therefore, until we know better, we won’t argue and just stick with the conventional amount. We can’t go much wrong with that. But if you were to increase that by a smidgen more, your body will not be angry with you.

Why is protein important?

It is needed for:
Growth and maintenance of tissues
Better skin, nails and hair…including collagen production
Hunger control
Hormone regulation
Healthy bones
Boosting immune health
Transporting nutrients through the body
Regulating body processes to maintain fluid balance
And for many other important functions.

And which vegan foods are the best sources?
To begin with, every plant food has some protein in varying amounts but not necessarily with all the essential 9 amino acids, which are the building blocks of protein.

But to complicate the matter, when they state the grams of protein on food labels and apps, those numbers are NOT referring to complete proteins. Meaning a specific mix of amino acids in precise amounts.

Nope.
When they list grams of protein, they are usually incomplete amino acids bunched together and simply called protein.
Confusing, isn’t it? I could write a whole book on this subject.
Hey, that’s a good idea! But not for now. 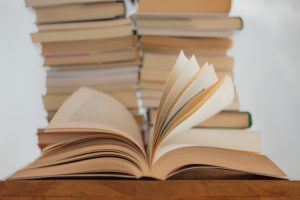 But don’t despair! Those vague listings are not a big deal.

Because by eating a variety of colourful plant foods during the day, we can magically collect all the necessary amino acids and don’t have to worry.

Unless you decided to omit entire vegan food groups. Like not eating any legumes. Or any whole grains.

Soy products (e.g., soy milk, tofu, tempeh, and edamame)
They are among the richest plant-based foods in protein. 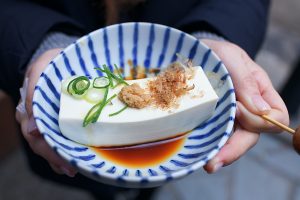 Here are some numbers:

Nutritional Yeast Flakes
1 TBSP has approx 5g of complete protein [a bit low on methionine, but that’s ok. We get it from other food, like whole grains]

Shelled Hempseeds
1 TBSP has approx. 3g of protein, but is low on lysine and leucine. But that’s ok, we get those from yeast flakes and legumes.
See how easy it is? 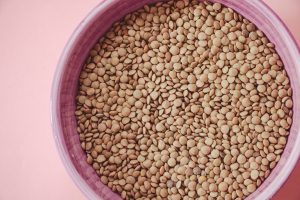 Lentils [and most other legumes]
Lentils are rich in fibre, iron, and potassium. And they are also good sources of protein
½ cup of cooked lentils contains up to 8.84 grams. [1/2 cup cooked chickpeas offer approx. 5g, and red kidney beans about 7g]
Although low in methionine, that’s no problem. If at some stage through the day you have some whole grains, you’ve got it all covered.

Moreover, consuming lentils regularly may reduce your risk of developing iron-deficiency anaemia. It’s such a healthy legume!!!
And my current favourite.

Quinoa
Quinoa is a type of pseudo-grain that’s used in many traditional dishes and salads. It’s actually a seed.
This yummy little grain/seed is rich in nutrients, such as fibre, iron, and magnesium. And the dark ones are especially high in antioxidants.

But it is not as high in protein as some bloggers make us believe, although quinoa does contain all the essential amino acids in a good balance.
½ cup cooked quinoa may contain around 4 grams of complete protein.

Seitan
I will come clean: I don’t like to recommend it. But what is it?
It’s a plant-based meat substitute made out of pure wheat gluten. You can make it at home or buy it in speciality shops.

Seitan actually dates back to ancient China, almost 1,500 years ago.

It was created by monks who probably didn’t even know they hit on a high-protein food when they rinsed the starch off some wheat dough.  But modern cultivation methods have somehow changed wheat, and it seems that more people are becoming sensitive to its gluten. Research is ongoing as to why this is, but many point to the differences in the wheat properties.

Often we don’t even have to have celiac disease to end up with digestive issues from bread, wheat pasta, barley dishes etc.

And they contain only a small percentage of gluten.
So imagine eating a slice of the concentrated PURE stuff that may have around 20x more than a slice of bread.  Many of us can end up with rather unpleasant stomach issues from it.

Depending on the recipe, a 100g slice of seitan may contain 20g of protein. But wheat gluten [being the protein part of that grain] is missing the right amount of the amino acid called lysine.

However, good news:
if you have never had symptoms after eating wheat or other gluten-rich foods, then this issue is easily remedied.  Simply add foods with a high lysine content, and voila, you have a fabulous complete protein option.  Lysine-rich foods are lentils, soy products or other legumes.

Will you try it? I can’t because I’m sensitive to gluten. So I stay well away from it.

And last, but not least, let’s not forget optional vegan protein powders.

They’ve been a blessing for those of us who experience hunger and cravings since going plant-based. This can happen even though we are eating enough calories and balancing our meals. Some vegans don’t do well with too many starchy carbs because it makes them hungry. And clean vegan protein powders can help. A lot.

My favourite powders are plain pea or faba [sometimes called fava] bean proteins without any additives.

If you live in the UK, we can get a 30% discount from the company called PULSIN by using this code at the checkout: VWC30
(I do not receive a commission from the company.)

It’s so easy to add our own flavours, like vanilla, cinnamon, cacao, fresh fruit and whatever you can think of.
Check out my slimming recipes of suggested protein smoothies here in our Facebook group.

Interested to read more data about vegan proteins? This is a good website that has quite a bit of sensible information