The Surprising Role of Exercise in Weight Management 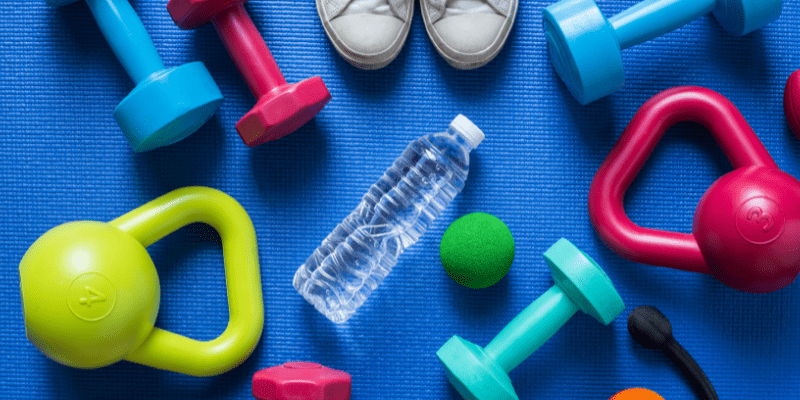 We already know that to lose weight we have to eat fewer calories than our body needs.
That means one’s body can draw on fat reserves for energy…instead of only using the food we eat to keep our body going.

But can we speed up the process with exercise?

Sadly the words ‘speed up’ and weight loss don’t necessarily go hand in hand. Not even when it comes to exercise. So, therefore, is exercise important for successful weight loss or not?
Well yes, but not by as much as we were led to believe.

First, here are some interesting study results. After reading them, don’t despair. I’ll mention the positive points of exercise later on.

1) Most studies [but not each one] showed that exercise does not contribute as much to weight loss as previously thought. 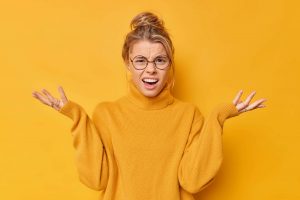 Even when combined with calorie restrictions, the additional results attributed to exercise were rather ‘meh’…🥱

In various studies, subjects added supervised regular exercise to their standard eating plan [not a junk-food eating plan]. They were burning off many more calories than before the study started. And yet, ….even though on paper there was an impressive calorie deficit, the resulting weight loss was ‘clinically not significant’.

Translated this means that there was hardly any weight loss after months and months of supervised exercise when not combined with a calorie-restricted plan.

Many of us were told that magic weekly number is what we should strive for.

But now we can see that this isn’t enough to create weight loss.

Yes, there will be improved fitness and blood sugar control, improved cholesterol levels and mood, better sleep etc. But weight loss with 150 minutes moderate aerobic activity a week and without a calorie deficit eating plan? Nope.

The American College of Sports Medicine worked out that ‘To promote clinically significant weight loss, depending on the type of exercise, a minimum of 225 min per week to preferably 420 min per week is recommended.’
Oh, really? That much? 😬

Supervised means, no slacking off was allowed.
A comparative study showed that after 8 months of 3 days a week using either moderate aerobic exercise [adding up to 150 minutes per week], or resistance exercise with weights or a combination of the two…people had only lost between 0.83 kg and 1.76kg all up. 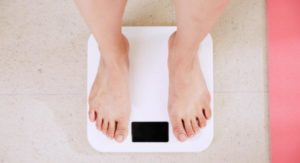 That’s indeed disappointing. And there are other documents that show similar results as above.

And everyone agrees: ‘something does not add up here’.

The number of extra calories that were used up during exercise did not translate to the expected weight loss.

So no matter what your app tells you regarding using up extra calories during exercise, it may not bring about the results that you were told to expect.  The old ‘3500 calorie deficit for 1 pound fat loss’ doesn’t appear to be correct.

What are the potential reasons for such disappointing outcomes?
There are too many to list.

But here are a few that were mentioned:
👉 There are ‘responders’ and ‘non-responders’ to exercise. This means what works for one person, does not work for another.

I would agree with that one because the same goes for different types of dietary regimes. For instance Keto: some people gain weight from and can end up with cardiovascular problems, others lose weight and are ok with it. 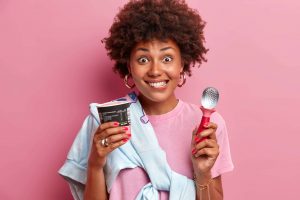 👉 Then there are those who may not have admitted to being hungrier from exercising and ended up eating more than was budgeted for by the researchers. When people increased their calorie intake they negated their energy output.

👉 Next we have the issue of ‘diminishing returns’.

After engaging in the same type of exercise for longer than about 3 months, you will not get the estimated weight loss you are promised on an app.
Your body adapts and becomes more efficient at what you do and stops responding. It’s programmed to hold on to fat reserves and it knows how to turn down fat loss.

In other words, if you don’t regularly crank up your weight lifting efforts, the speed or duration of your aerobic output, eventually your metabolism adapts.  After a few weeks of repetative exercise, it loses its initial effectiveness.

👉 Some researchers also noted that after heavy physical activity some participants were so tired that they compensated by moving around less for the rest of the day. And maybe even the next day. 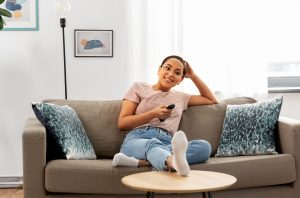 Hmmmm…This all sounds a bit discouraging.

Are there any good reasons for exercise beyond improved fitness, better shape due to firmer muscles, improved health markers etc.?

Some ‘modest’ positive results were seen in a particular study with 141 obese patients who took part in burning off 400 – 600 calories 5x a week.

After 10 months, on average, the participants lost around 4-5% of their body weight. As you can see, it’s not a huge amount and it takes sooooo long to see any weight loss benefits.

Let us put it into numbers. If you weighed 70kg (about 154lbs) after 10 months of regular exercise you could lose about 3.5kg or 7.7 pounds. Mind you, any scheduled loss is a good loss

Here’s something else we need to remember.

During the weight loss stage, your healthy eating plan with a calorie deficit remains your main tool. Why?

It’s because we can’t outexercise a bad diet.

But you can definitely support it with some aerobic exercise AND by using weight lifting or resistance-type exercise. Therefore exercise can absolutely play a part during your weight loss journey!

The need for resistance-type exercise is that during calorie restriction and subsequent weight loss, the body will burn up some muscle mass instead of just body fat.  This reduces our metabolism. [Muscle mass is metabolically more active than body fat]

And that means when muscle mass reduces, weight loss slows and re-gain can be rapid. 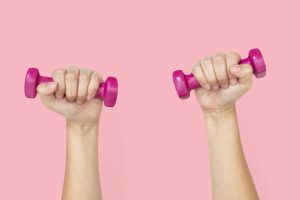 To prevent serious muscle loss, use muscle-building exercises because they will assist to keep your metabolism friskier.

But the most important message we are all being told now is this: for preventing weight gain in later life or after weight loss, exercise is crucial.

Obese individuals who successfully lost weight require a substantial amount of physical activity to maintain their weight loss. The American College of Sports Medicine mentions a minimum of 200 minutes per week. 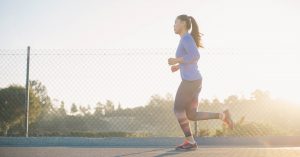 One long article with loads of info mentioned this in their closing statement:

Exercise is of great benefit for overall health, especially for cardio vascular conditions. Although weight loss results from exercise training programs without caloric restrictions are very mixed, based on the data, patients who engage in a physical activity programs may experience modest weight loss. But ‘no weight loss’ can also be possible.

However, physical activity programs have a major role in the amount of weight regained after initial weight loss. In other words: no exercise = rapid high regain of weight. Even if you are using calorie-restricted meal plans.

And in the words of the American College of Sports Exercise: “Most importantly, being active is essential to keeping weight off once you’ve lost it.”
Read their leaflet called Being Active for a Healthy Weight. It has some nice tips.

And if you need a healthy calorie controlled and easy-to-use meal plan, check out my 2-week recipe ebook called 14 Day KickStarter. It’s only £9.99

See you next week.